Shure was founded on April 25th, 1935 by S. N. Shure, working as a one man selling AM radio kits and components. Despite the hit of the Great Depression in the 1930s, Shure was able to become the exclusive distributor for Ellis Electrical Laboratory, a microphone manufacturer and maintain itself through this rough period. During this time, models such as the Model 99 Modulator, Shure’s first wireless product and the Model 70 series were released. In the late 40’s, Shure became one of the largest Original Equipment Manufacturers of phonograph cartridges in the U.S. supplying companies such as Emerson, Motorola, and RCA.

During the 1950s, the M3D Phonograph Cartridge became the world’s first magnetic phonograph cartridge for stereo LP playback. One of the most significant times in their history came in 1965 and 1966 when the iconic SM57 and SM58’s were introduced. The SM57 since then has been the White House standard for every president since Lyndon B. Johnson while the SM58 became the standard microphone for live performance vocals. In 1989, the Beta 57 and Beta 58 Microphones were released that provided an unprecedented gain before feedback on concert stages. Shure’s growth only continued into the 1990s, now a clear global leader in the wireless microphone market with support and distribution in over 40 countries with new subsidiaries opened in Heilbronn, Germany and Hong Kong.

Last year in 2020, Shure celebrated the company’s 95 years of business. They continue to deliver immersive and quality sound experiences and devices. We are excited to say that we carry a selection of the Shure brand such as the Beta 57A and Beta 58A microphones. 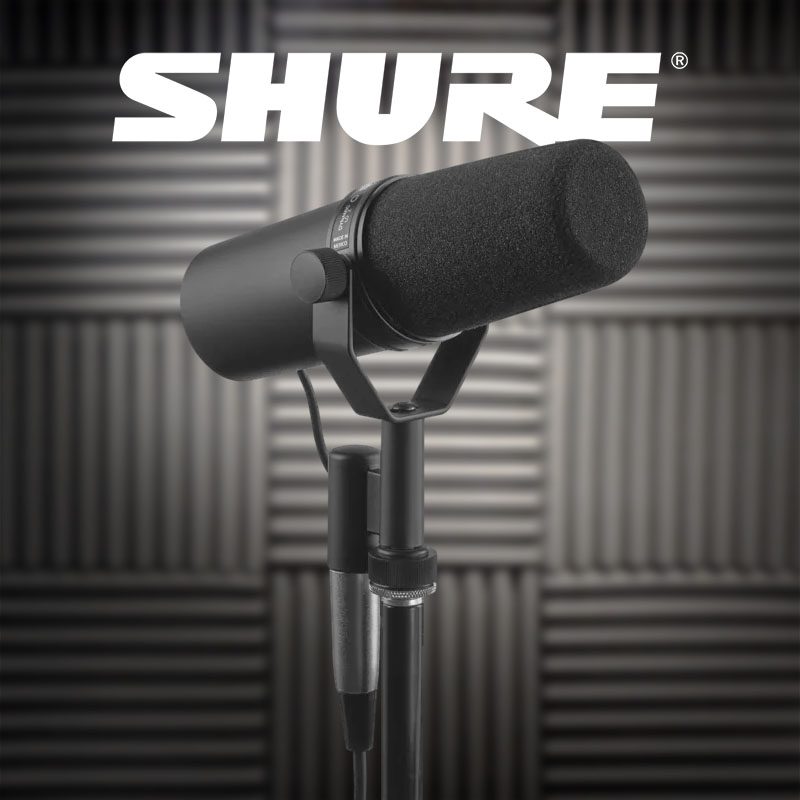