Eastwood Guitars out of Canada rescued the Airline brand by acquiring the rights to use it and reintroducing some of their most famous pieces from the golden era of cool guitar design in the 1960s. The original company produced truly unique sounding instruments but was less concerned with sustainability as they aimed to make their guitars affordable rather than the highest quality. Airline appealed to the underground players who could not afford the bells and whistles of their expensive competitors but still wished to play a beautiful and individual instrument. Bargain guitars are experiencing a major revisitation due to their individuality as many guitarists remember their beginnings with a mail-order or department store model.

These modern versions of Airline Guitars are quality made instruments. And they are truly an international project. They are designed by the Eastwood team in Toronto, manufactured in Korea, and quality-controlled and distributed from Eastwood’s showrooms in Chicago and Liverpool. These reborn hyper-cool designed guitars definitely make a visual statement, as well as have a unique sound. They are quality gig-able guitars, ready for the touring musician. 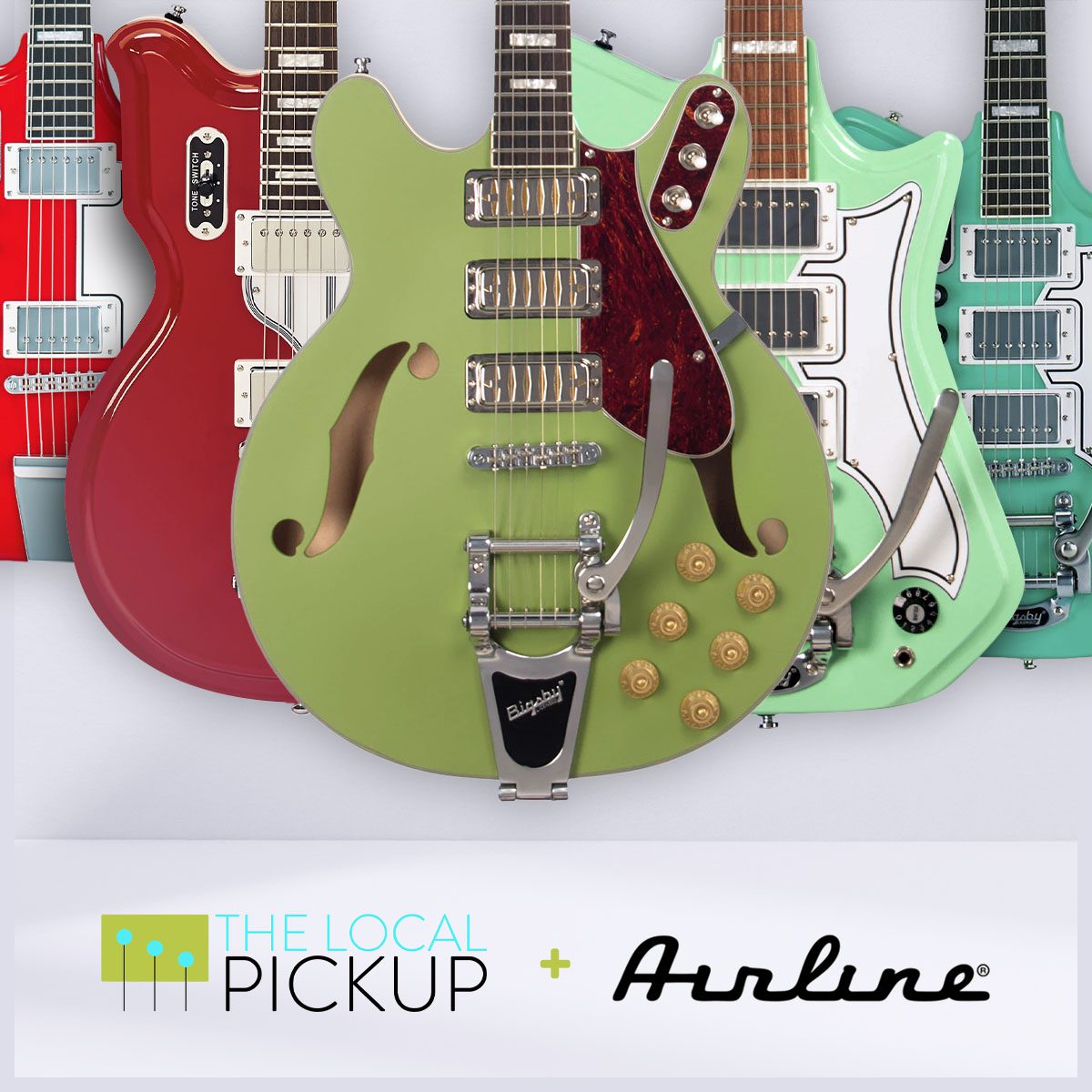