Danelectro is famous for guitars, pedals, and now amps! Danelectro pedals are experimental, unique, and solid. Their guitars are known for their ‘lipstick-tube’ pickups and hollow bodies. But when they were formed in 1947, they were strictly an amp maker. During the 50s, Dan made the move to introduce their first line of electric guitars. During this time, they created plenty of innovative instruments and are credited with the first 12-string electric guitar, double neck guitar, and bringing the earliest six-string basses to the market. MCA, or Music Corporation of America, purchased this brand in 1966 before it went out of business 3 years later. Most rock players today state that they first started playing on Danelectro guitars and amps.

Danelectro was rebooted in the 1990s by Evets Corporation with a desire to recreate what was great about the guitars from the 50s and 60s. As the contemporary company evolved, it was their pedals that first made them living legends. And now they’ve brought back small wattage amplifiers.

Own the Tone with Danelectro! 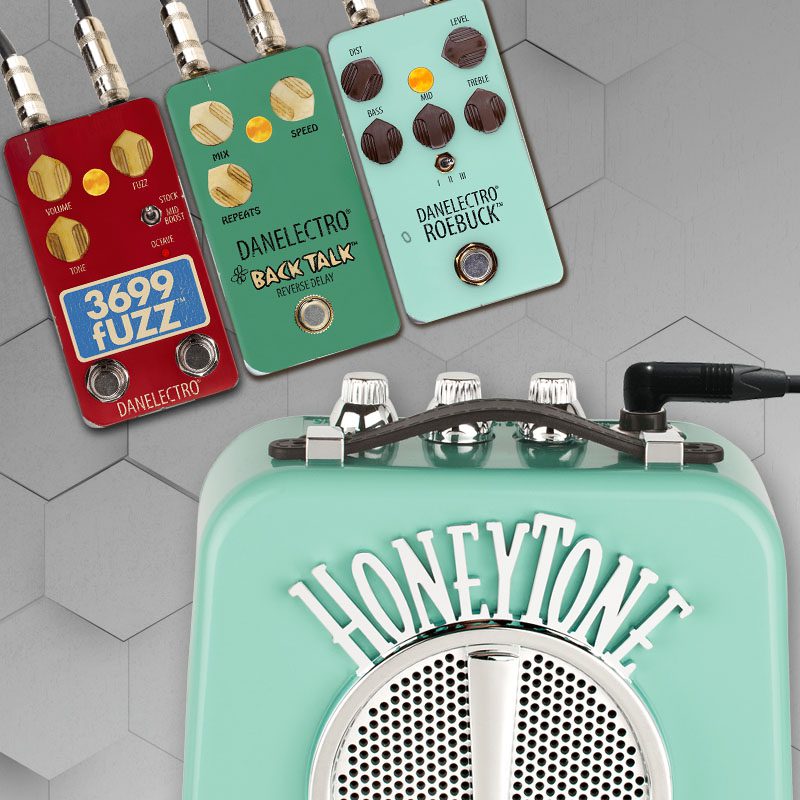