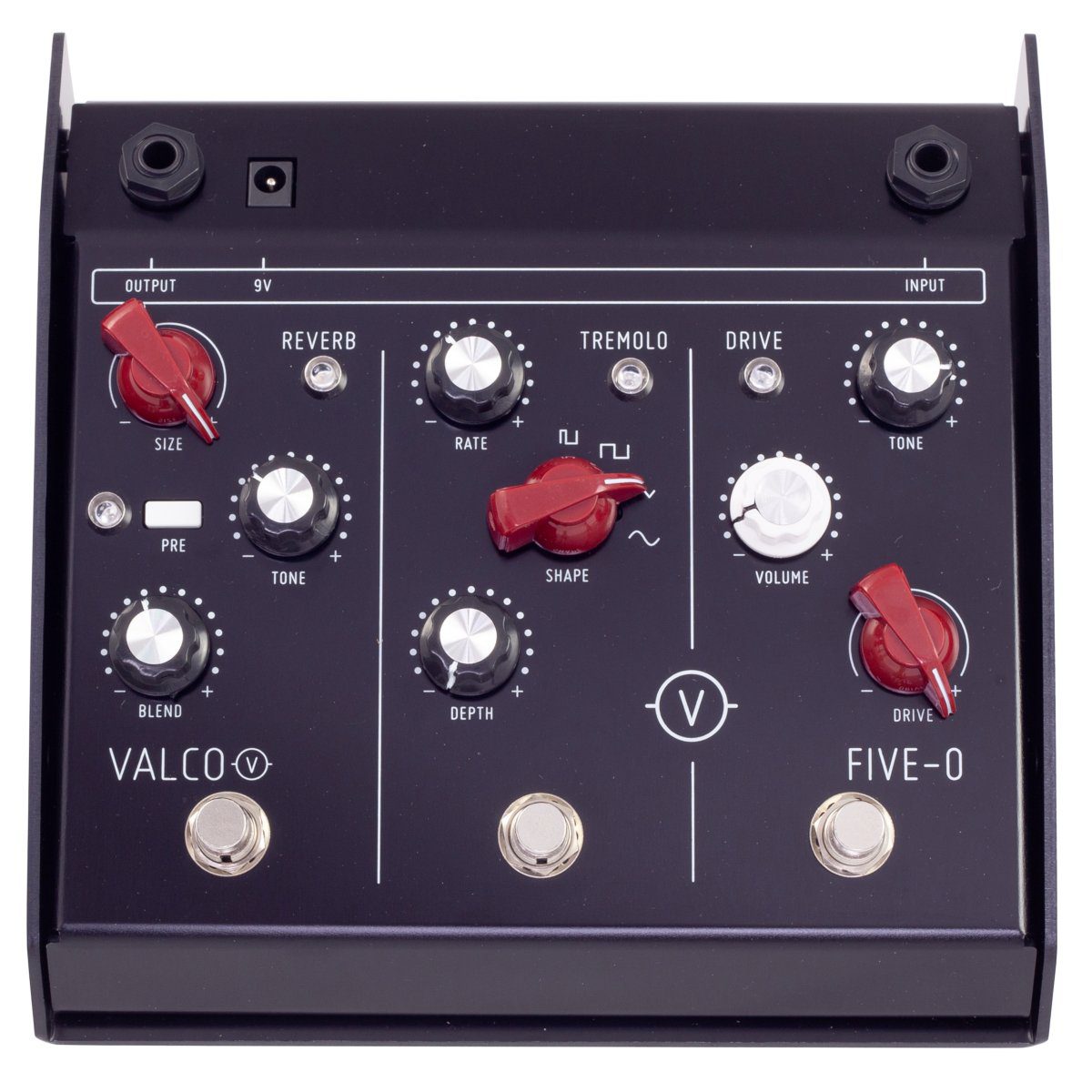 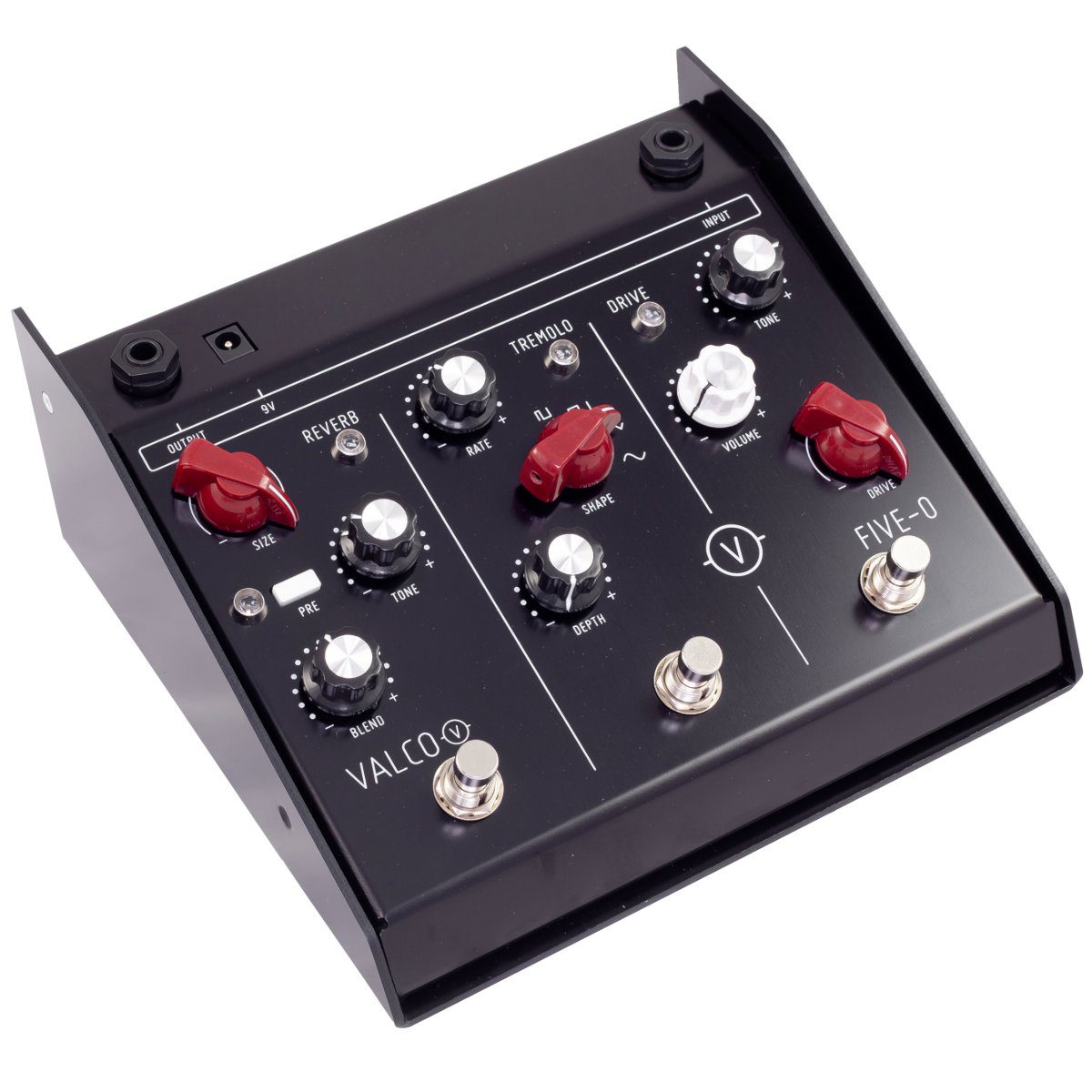 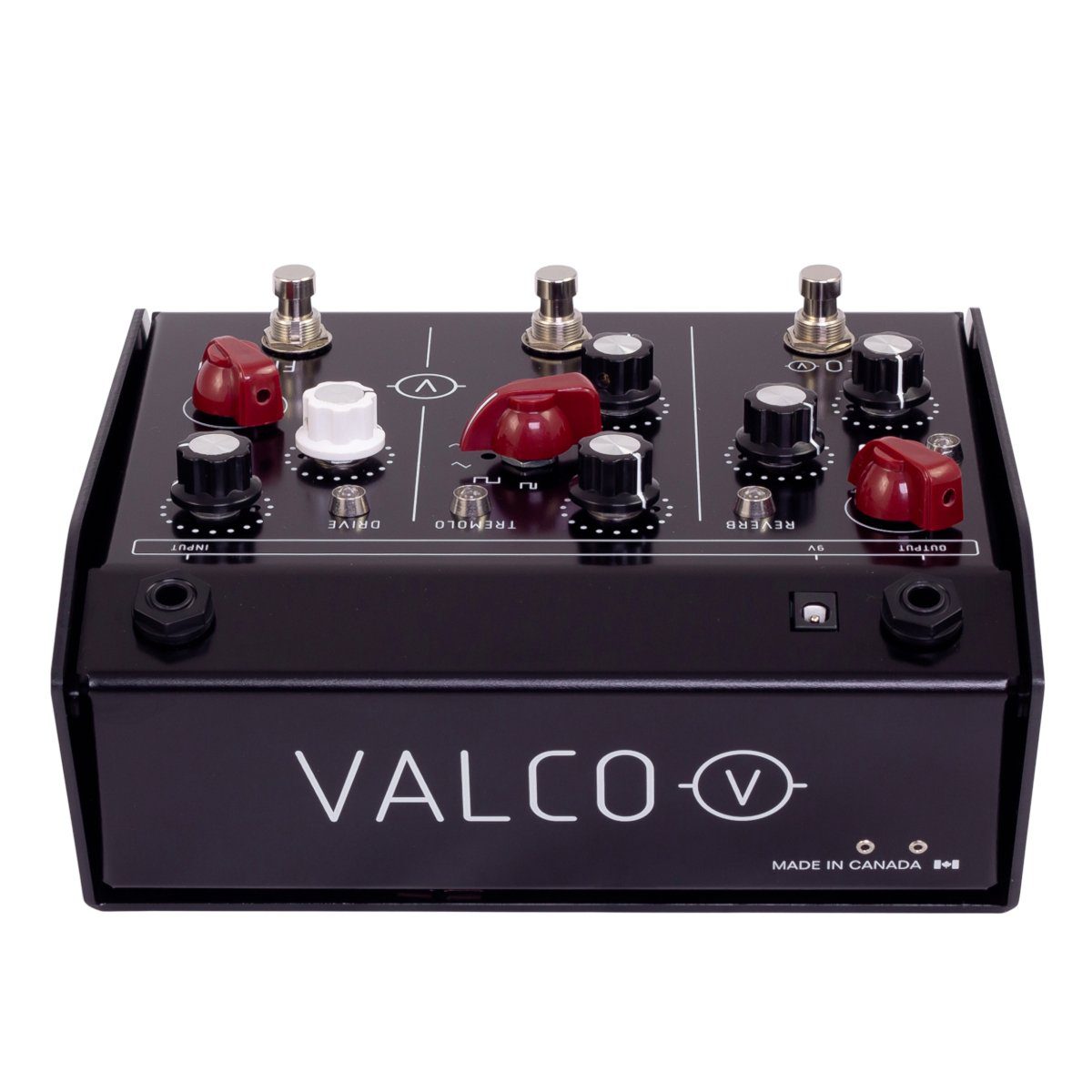 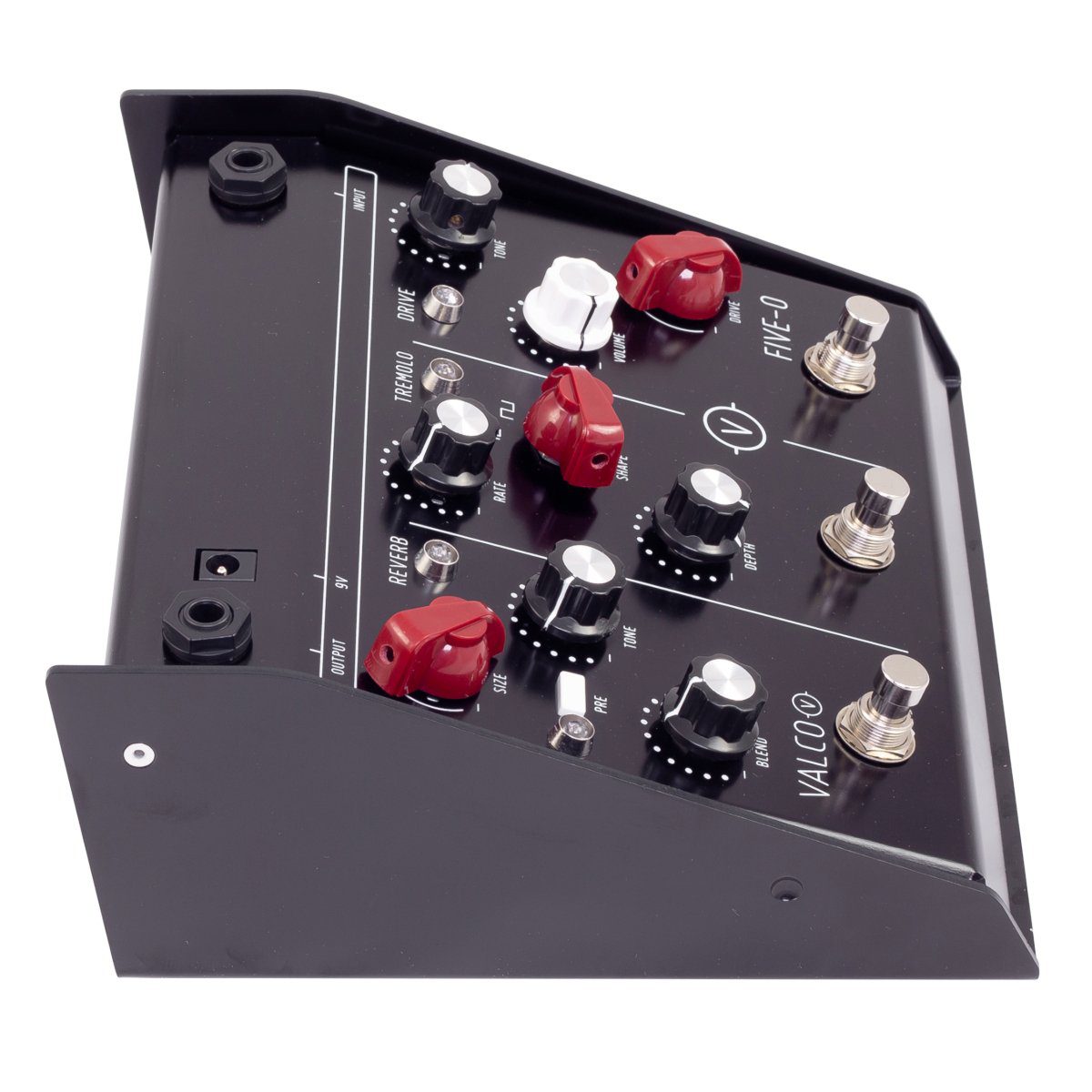 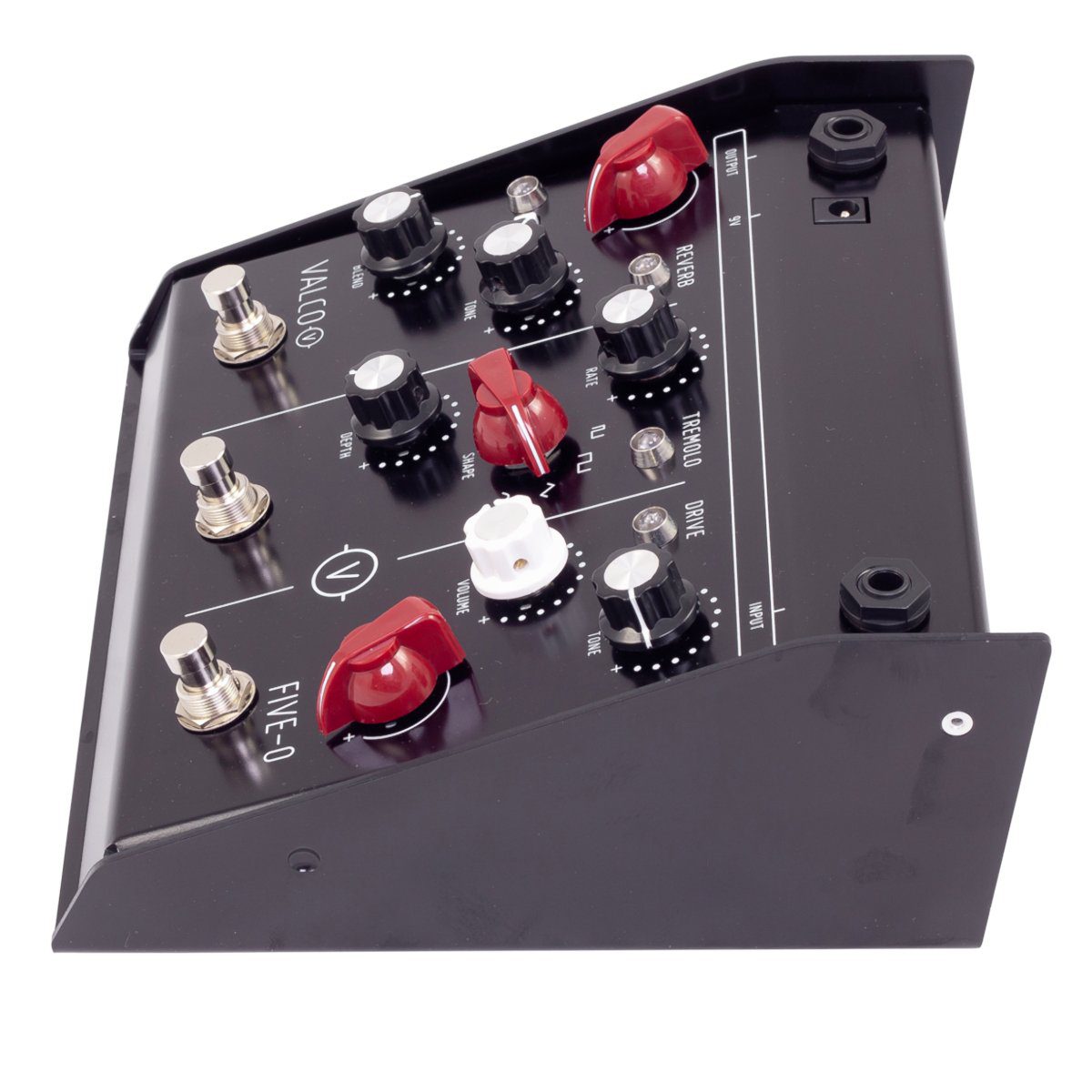 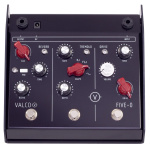 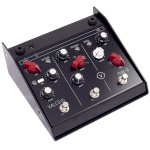 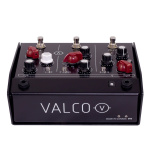 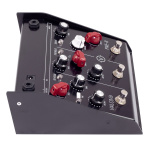 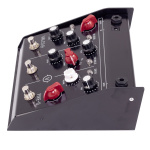 The Valco Five-O is a multi 3-in-1 pedal, containing independent Drive, Tremolo, and Reverb sections, all housed in a bombproof enclosure.

Conceived originally for giving “surf in a box” tones (Dick Dale/Ventures), it has become more than this through the development process… it’s a pedal that can easily give you a one-pedal setup at a gig or session (maybe add a tuner…), or it can add a whole host of extra sounds and versatility to your existing rig/pedalboard.

DRIVE– ‘Brown Sound’ in it’s voicing/tonality, it’s a natural sounding/amp-like overdrive circuit. Based on the Drive section from the Valco BloodBuzz, but with increased gain. The tone control has an EQ roll-off- neutral at 12 o’clock, adding high end rolls off bass frequencies enabling ‘biting’ rhythm and lead sounds.

TREMOLO– analog 4-wave tremolo, based on the original Fulltone SupaTrem circuit. The ‘SHORT SQUARE’ wave allows for sharp/staccato sounds while the ‘SINE’ wave offers mellow/gentle sounds, with everything in between available.

REVERB– the Five-O reverb is ‘spring’ voiced at its core but with added ‘plate’ reverb. Usable at all knob position extremes, it’s secret weapon is the ‘PRE’ function. ‘PRE’ allows you to route the Reverb section to the front of the fx chain, so the signal chain becomes REV-DRIVE-TREM, opening up another world of sonic capabilities… adding Trem to long Reverb tails, or feeding Reverb into Drive to bolster lead sounds, or just allowing you to get experimental and let the pedal make music!

Power: The FIVE-O can be powered by a standard 9V center‐negative AC adaptor or internal 9V battery.

To install or replace 9V battery (not included), grab one of the footswitches and use it to lift the top cover of the pedal case up and swing it back. Snap the battery clip onto the battery terminals and place the battery in the spring clip at the inside back left of the housing cover. The battery is connected whenever a plug is inserted into the FUZZ IN or DRIVE IN jack. Be sure to unplug from both those jacks when pedal is not in use.

If an AC adaptor plug is inserted, the internal battery is disconnected. Replace battery when you detect a loss of signal output level, unusual distortion, or a dimming of the LEDs.