Jason Broadwater tells us about his beautiful honey blonde 2002 Fender Telecaster ’52 Reissue Made in the USA as the 50th anniversary tele. Looks like it’s taken some damage, and the tape… yeah, there’s tape involved. Jason plays this beauty in his band that he’s in with Micah Troublefield and Stan Gibson – Old Fighter.

This is Old Fighter at Snug Harbor in Charlotte.

This is a 2002 American Telecaster, which is a reissue of the ’52 model. The Telecaster was originally made 1951, but it really hit its stride in 1952, so that’s the year most say it was introduced. That makes this a 50 year anniversary version, and I’ve got to say it’s pretty much a spot-on recreation.

Though the differences between American, Mexican, and other country’s guitars are hotly debated, most will agree that American-made Fenders are higher quality than those from other countries. With the higher price tag, they’d better be!

Jason bought this guitar in 2003 after it had fallen and sustained a little damage at a music store. He plays it in a band called Old Fighter and keeps tape on the pickup switch to avoid flipping it when he strums.

Among the legends who have played this guitar over the years are Keith Richards, Bruce Springsteen, Prince, Merle Haggard, Jeff Beck, and tons of others. This guitar is so foundational and iconic that it would probably be harder to list a guitarist who hasn’t played one than one who has. 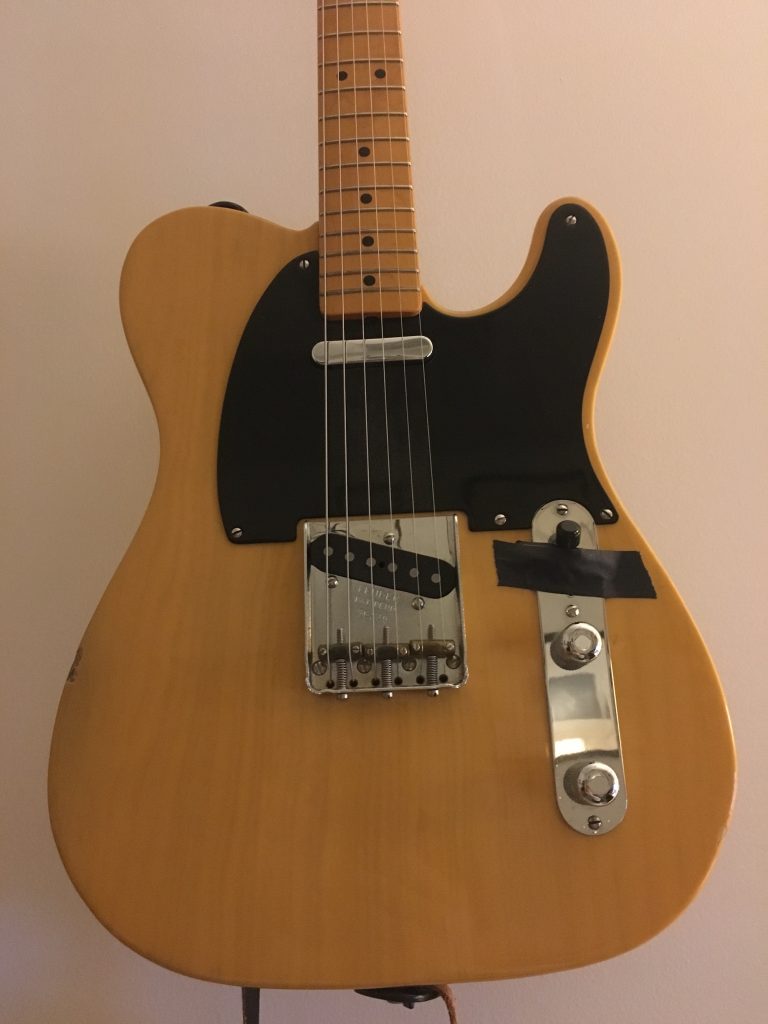 Anyways, that’s my Tele. Thanks for watching!