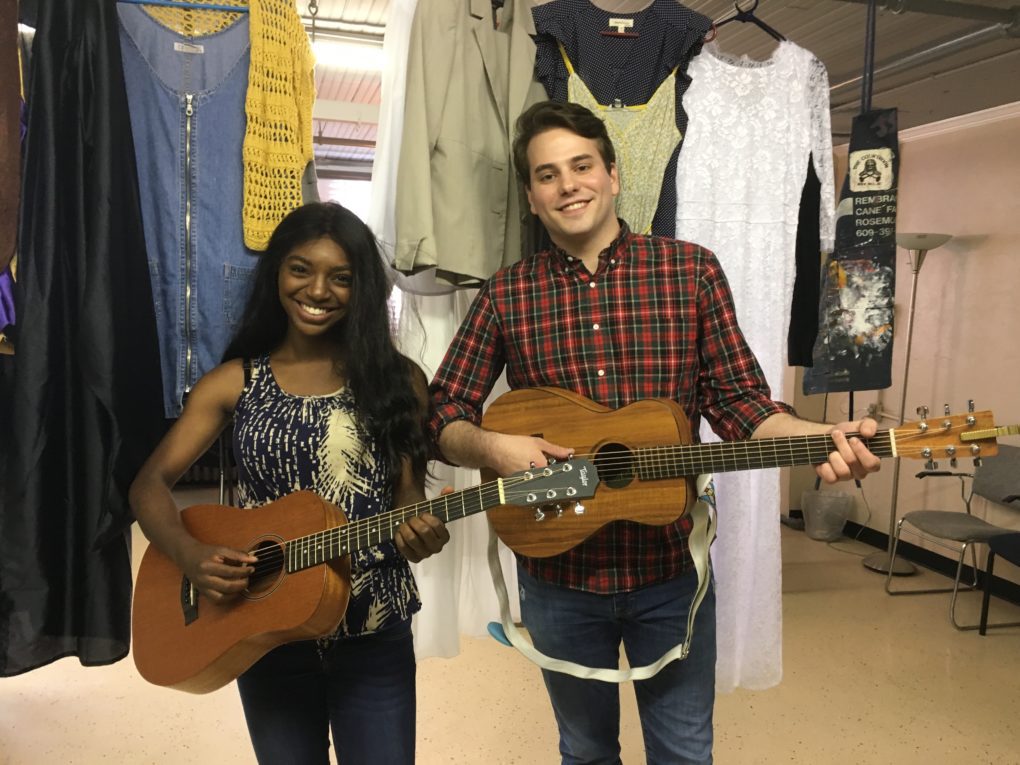 It must be a playdate at the RevenFlo project shoot at the McCelvey Center!

This May, RevenFlo shot a creative marketing video (that we also recorded music for) at the McCelvey Center in York, SC. This narrative-driven video required us to hire actors to play a variety of characters as the two protagonists went through their lives. Two of these actors (Brandon Byron and Kanisha Fields) brought guitars to pass the time. The side-by-side was perfect, so Jason snapped this picture. What are the odds of two actors just happening to bring two small-scale acoustic guitars?

We figured we’d go back and do these great guitars justice by looking into Taylor and Martin and what makes them so special. We’ll start with Taylor, since it’s a younger company. 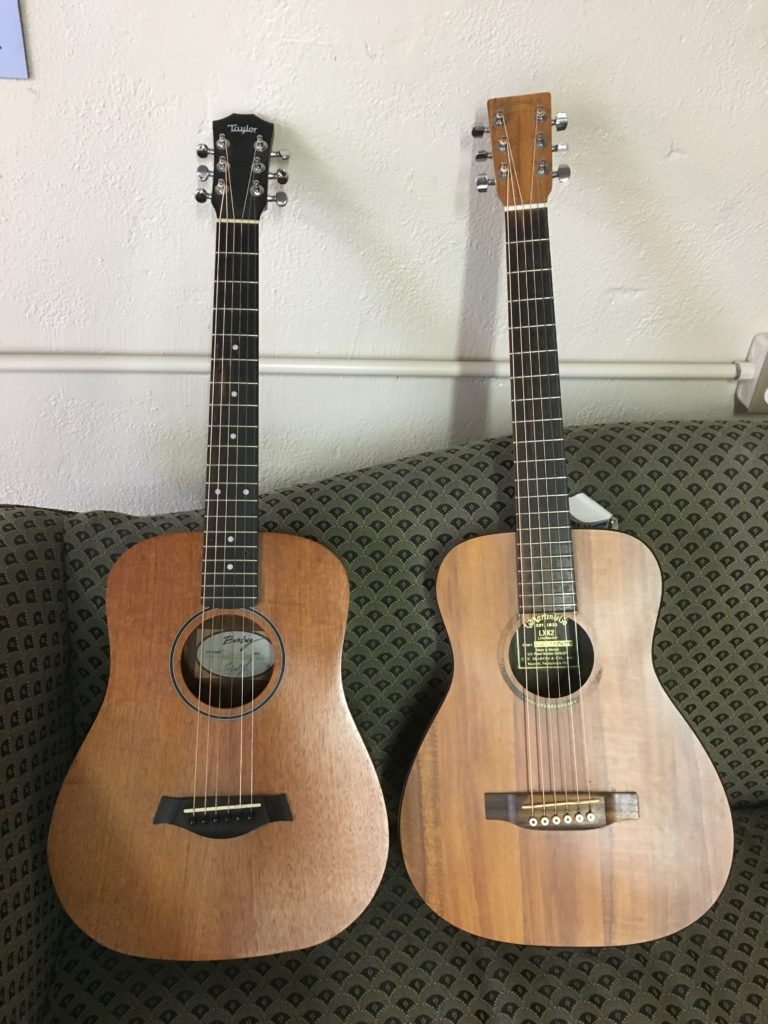 Taylor Guitars was founded in 1974 by Bob Taylor and Kurt Listug. The company began in El Cajon, California, and has been located there ever since (while also opening a factory in Tecate, Mexico, right over the border). The company has a distribution center in the Netherlands, but all its instruments are manufactured in North America.

Taylor is known for their innovations in sustainability and design. When it comes to responsible guitar-making, Taylor is a fantastic example of a large manufacturer who cares about doing things right. In 2014, Taylor Guitars was given a Corporate Excellence Award for their practices of only using ebony from their own sustainable ebony mill and increasing usable timber from 10% to 100%.

When it comes to design, Taylor Guitars has been trying innovative things for decades. In the ’90s, Bob Taylor tested how important exotic “tone-woods” were by making guitars out of shipping pallets he found lying around. Taylor has also experimented with new types of bolt-on necks, neck-mounted pickups, and more! Taylor is always pushing the envelope in guitar design and lutherie.

Below is a demo of the Taylor Baby Series guitar fairly similar to the one pictured above:

The full name of this company is C.F. Martin & Company, but most people simply refer to it as “Martin.” Martin is the oldest guitar manufacturer in the United States that is still operating. Martin was started by a German immigrant in Pennsylvania, and has been responsible for many of the changes in the acoustic guitar that have happened over the last 200 years.

Most experts agree that C.F. Martin developed the X-bracing system in the 1850s. This system of guitar bracing made the instruments stronger and paved the way for steel strings to become more common in acoustic guitars. Martin also helped make steel-stringed acoustic guitars the norm by shifting the majority of their production to steel-stringed by 1921.

One of the things that has helped Martin last so long is their ability to diversify; they’ve made ukuleles, mandolins, and even electric guitars at some point. Another reason for their longevity is their policy not to engage in endorsement deals. They are known only for how good their guitars are, not just who uses them. During a period of the company’s life, they offered a 20% discount to professional musicians, but that’s the closest they got to endorsements.

Below is a demo of the Martin LXK2 Little Martin, which is the same model as the one pictured above: