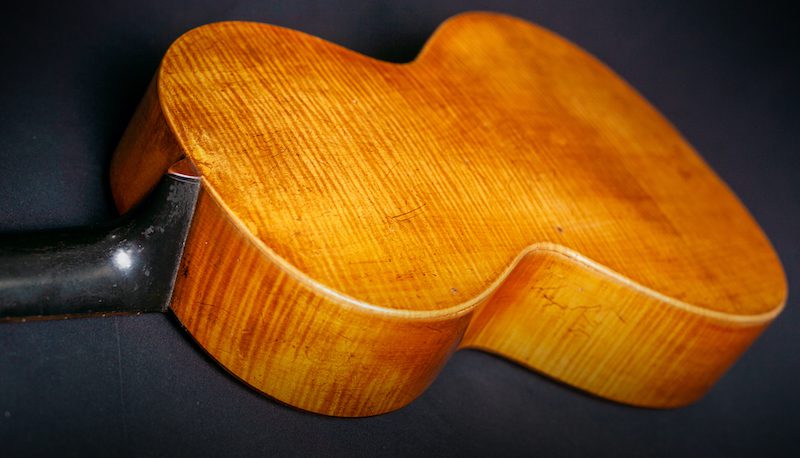 The highest quality materials have been used for the instrument with beautiful flaming maple back and sides. The back is rounded giving great resonance to its large round rich sound. Ivory saddle and bridge.

The guitar is in wonderful playing condition. It’s concert ready. The neck is straight as an arrow. There are no cracks or damage. Three of the tuners are non-original. They are hand-carved and seemingly were made a very, very long time ago. The other three seem to be made from the same type of wood as the fingerboard and are likely original. We cleaned the guitar, secured a loose fret, and shaved and smoothed the fret ends so they don’t stick out the sides of the fingerboard (wood shrinks over time and the frets will stick out of the sides of the neck very slightly and scrap your fingers as you play). The guitar could easily be in a museum, and is also a very playable instrument – even professionally. As a point of note, we do not tune it up to standard tuning, but instead tune it to E flat. The reason is that today’s standard tuning frequency is higher than it was back in the 1800s. Today, 440 hertz is standard – as established in 1939 and generally accepted across the music playing world. But back in the 1800s, there was no standard, and if there was a most common, it would probably have been 432, which is considered by many to be more of a naturally in tune pitch anyway. We don’t tune this guitar up to standard tuning because we don’t want to put the extra pressure on the bridge from the taught of the strings, but hey, maybe we are more in tune with the universe in the meantime.

The back and sides of this beautiful 19th Century Early Romantic guitar are a gorgeous flamed maple. The top is a worn spruce. The carved bridge is smiling. The guitar plays beautifully and is intoxicating to hear in an intimate setting.

The guitar bears a label inside of the body:

But as we came to find out in our research, the label is not telling the truth, at least not the whole truth.

Heidegger was born the son of a town musician in Passau and began building instruments at a young age. Licensed and specialized, Heidegger’s luthiery business flourished. He built many different kinds of instruments in his own shop in Passau over the years. But he did not build this guitar in 1860. He couldn’t have. He died in 1859.

Passau is an old Bavarian city that traces its roots back to the Germanic tribes that settled the area thousands of years ago. It’s called The City of Three Rivers due to the convergence there of the Inn, the Ilz, and the Danube. During the European Renaissance, Passau became famous across the Holy Roman Empire for sword-making. The blades of the region were stamped with the Passau wolf from the city’s coat-of-arms, and many believed this wolf made the sword’s bearer nearly invincible. The blades were legendary to the point that the art of casting magical spells upon your weapon became known as the “Passau Art” for a period of time.

Today, Passau sits along the German-Austrian border. But in 1860, when this guitar was made, neither Germany nor Austria existed as nations in the way they do today. Passau was, at that time, part of the Austrian-Hungarian Empire, ruled by Franz Joseph I.

In the 19th Century, across the Austrian empire and across all of Europe, Early Romantic guitars became stars of the middle- and upper-class parlors of the day. In a small, quiet setting, such a guitar was a dynamic instrument that spoke to the spirit of the age – an age where the lustful lovers of romantic song were inspired by the ideas of revolution.

The Spring of Nations, they call it. In 1848 alone, fifty-three nations across the continent of Europe revolted against monarchs, dictators, and autocrats for more progressive, more inclusive forms of government. A democratic nationalism was on the rise, and Emperor Franz Joseph, ruler of much of Europe, had to make a choice. Does he dig-in and use his autocracy for violent suppression of the people, or does he oversee a peaceful transition of power, away from his family’s centuries-old dynasty? He is generally considered a benevolent dictator for choosing the latter path and participating somewhat willfully in Europe’s transition to a continent of democratic progressive governments for and by the people.

In that same year of revolutions, 1848, a young man by the name of Johann Hornsteiner, departed from another Bavarian city, Mittenwald, and struck out to Passau to make his own way. Inspired by the art of stringed instruments, Hornsteiner planned to make violins, and he hoped to learn from those who were succeeding in the craft of luthiery.

It was in Passau where Hornsteiner met Georg Heidegger. Hornsteiner formed a partnership with Heidegger whose shop was well-established by that point. When Heidegger died in 1859, Hornsteiner stayed on until 1861, when he abruptly married Heidegger’s widow and moved away to Mittenwald for a new and grander destiny. The Hornsteiner family has, for generations since, been a significant part of Mittenwald’s reputation for excellence in violin-making.

This guitar was made in 1860 in Georg Heidegger’s shop, one year after Heidegger’s death, and one year before Hornsteiner’s departure. This likely puts Hornsteiner in charge of the shop when the guitar was built, as he waited for the opportunity to marry Heidegger’s widow.

In that same year, Emperor Franz Joseph introduced the October Diploma – a decree establishing a constitutional government within the empire. It was a huge step to a more democratic Western world. Throughout the 19th Century, the people of Europe were taking control of their own governments. They desired to rule themselves, to rule by law, and to limit the power of any one individual or group.

The story of this guitar is shrouded in mystery – an untimely death, a widow and her lover, the origins of a European luthiery dynasty. It’s also surrounded by the romantic grandeur of the democratic revolutions happening in the Western World at the time. It’s a portal from that world to ours. 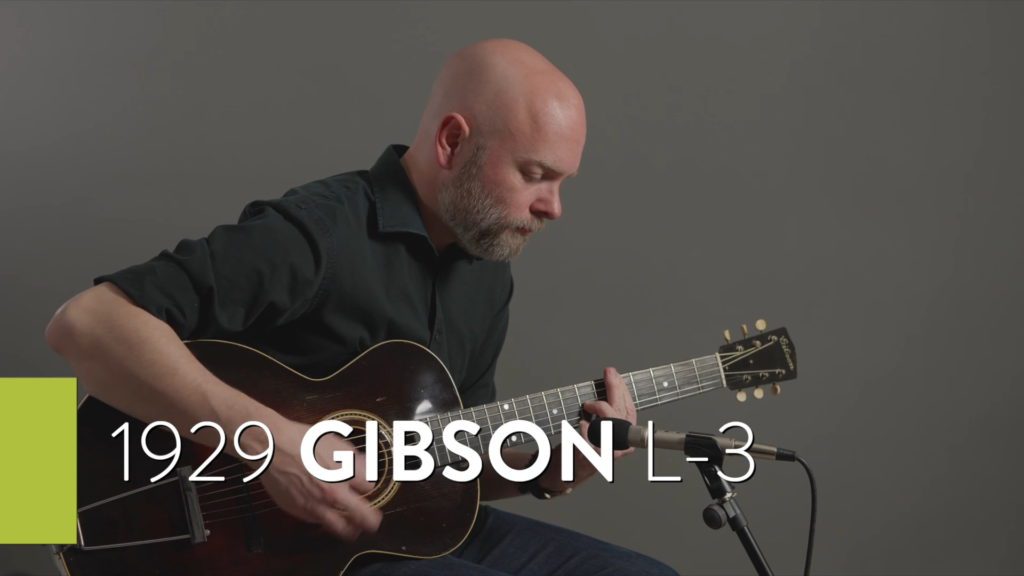 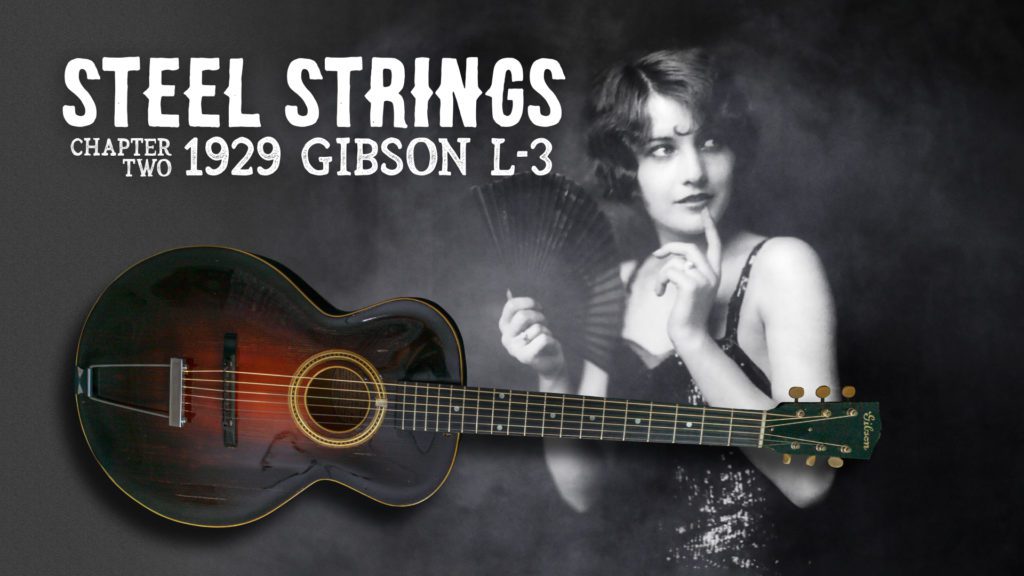 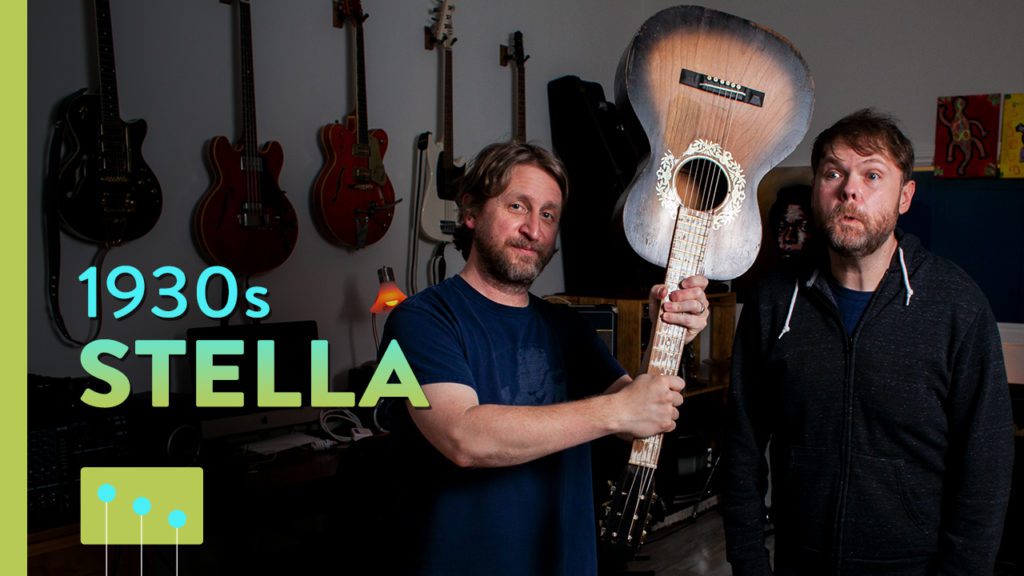 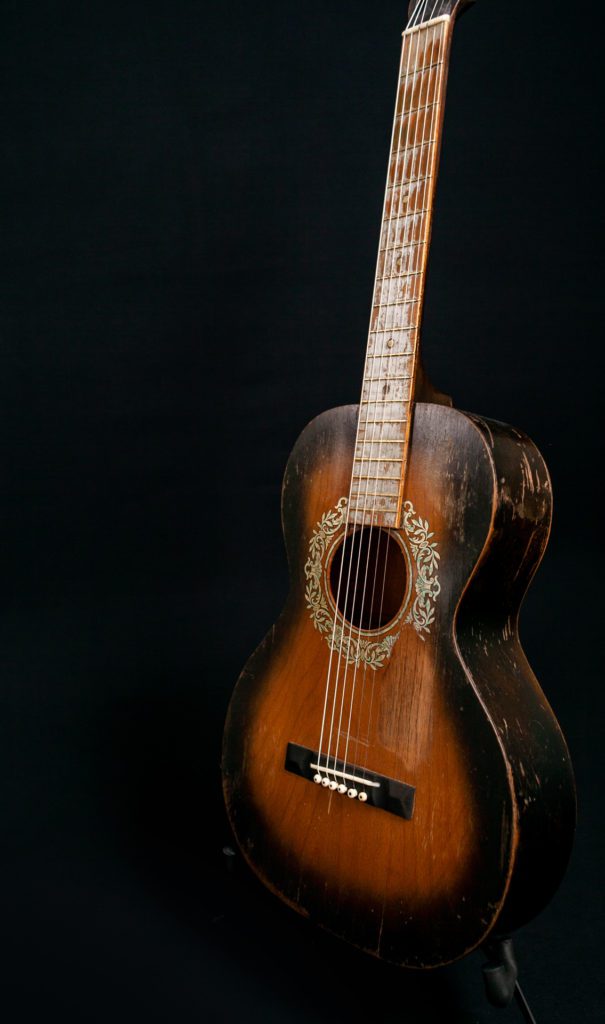 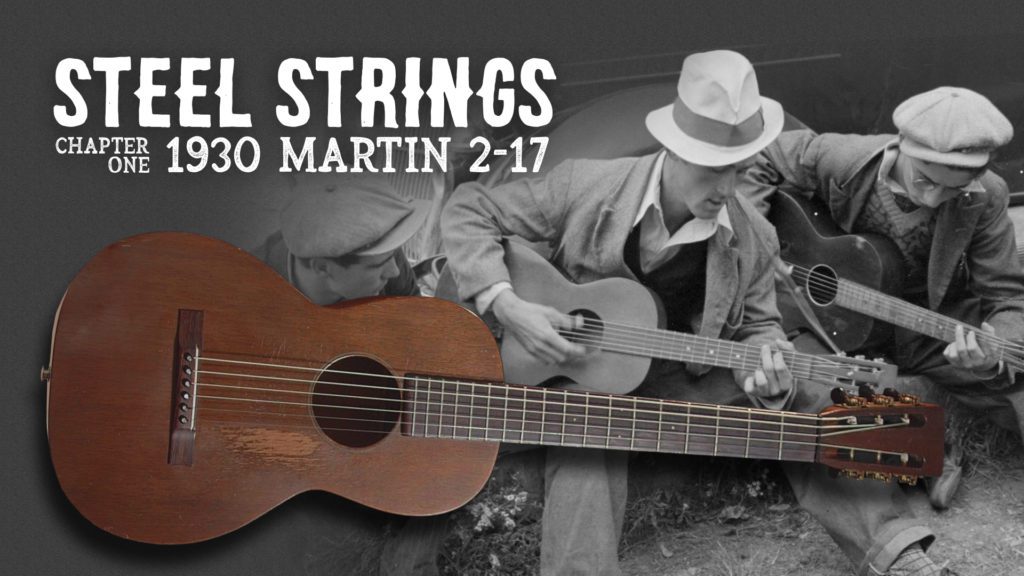 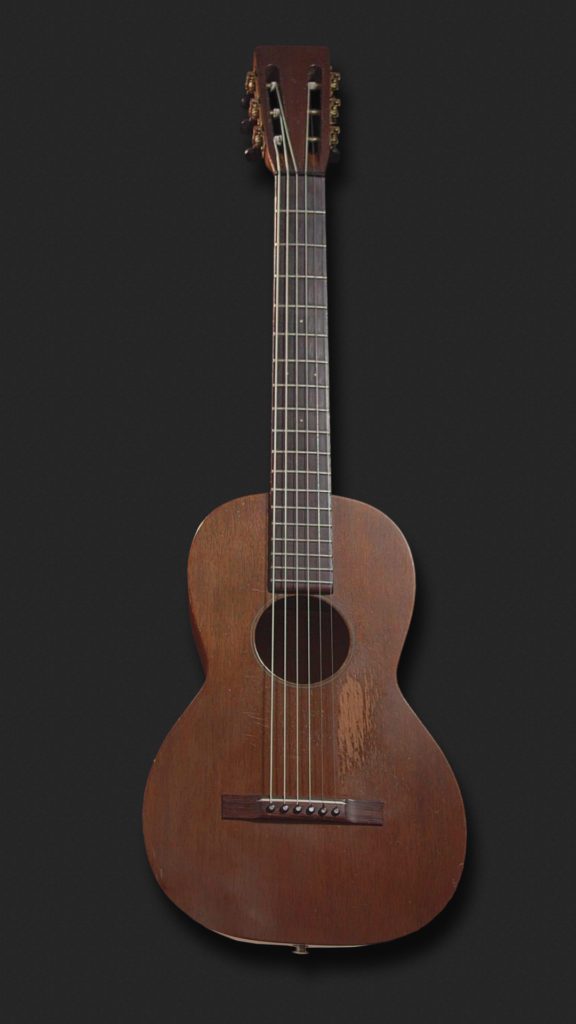 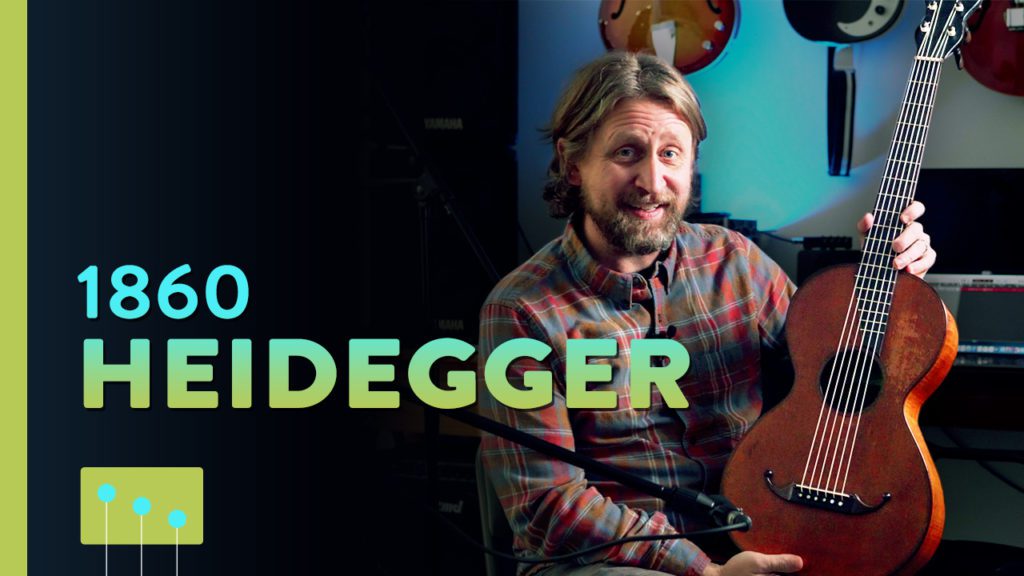